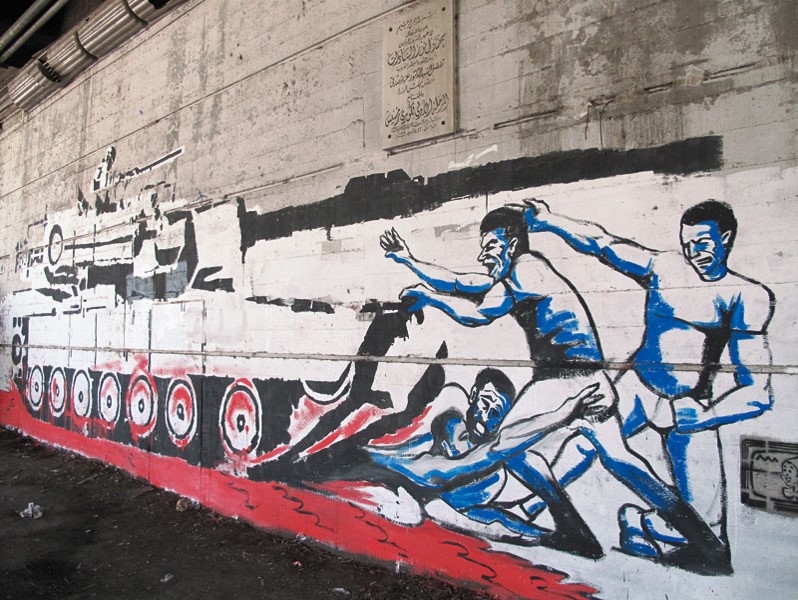 Object Matters-member Saphinaz Amal Naguib has published an article (in Norwegian) in a special issue (Festschrift for Bjarne Rogan at the University of Oslo) of the journal Tidsskrift for Kulturforskning (issue 2, 2016). The article entitled “Når veggene taler: Gatekunst, graffiti, kalligraffiti og den arabiske våren i Egypt” (When walls speak: Street art, graffiti, calligraffiti and the Arab Spring in Egypt) is about the materiality of visual culture and the long-term impact of ephemeral art. Using a ‘flâneur approach’ the article examines the ways slogans voicing political contestation and demands for social changes were visualized into street art, graffiti and calligraffiti during the so-called Arab Spring in Egypt.

The article posits that the Arab Spring did not merely disrupt the established political and social life in the country. It also prompted and gave room to varieties of artistic creations. Street art, graffiti and calligraffiti are among the most conspicuous forms of art of this brief period. Artists took upon themselves to chronicle events as they happened and to document political fluctuations and ambiances. They drew upon their people’s cultural memory to convey their political standpoint and expressed dissension and resistance by combining images and writings on the walls of the urban space.