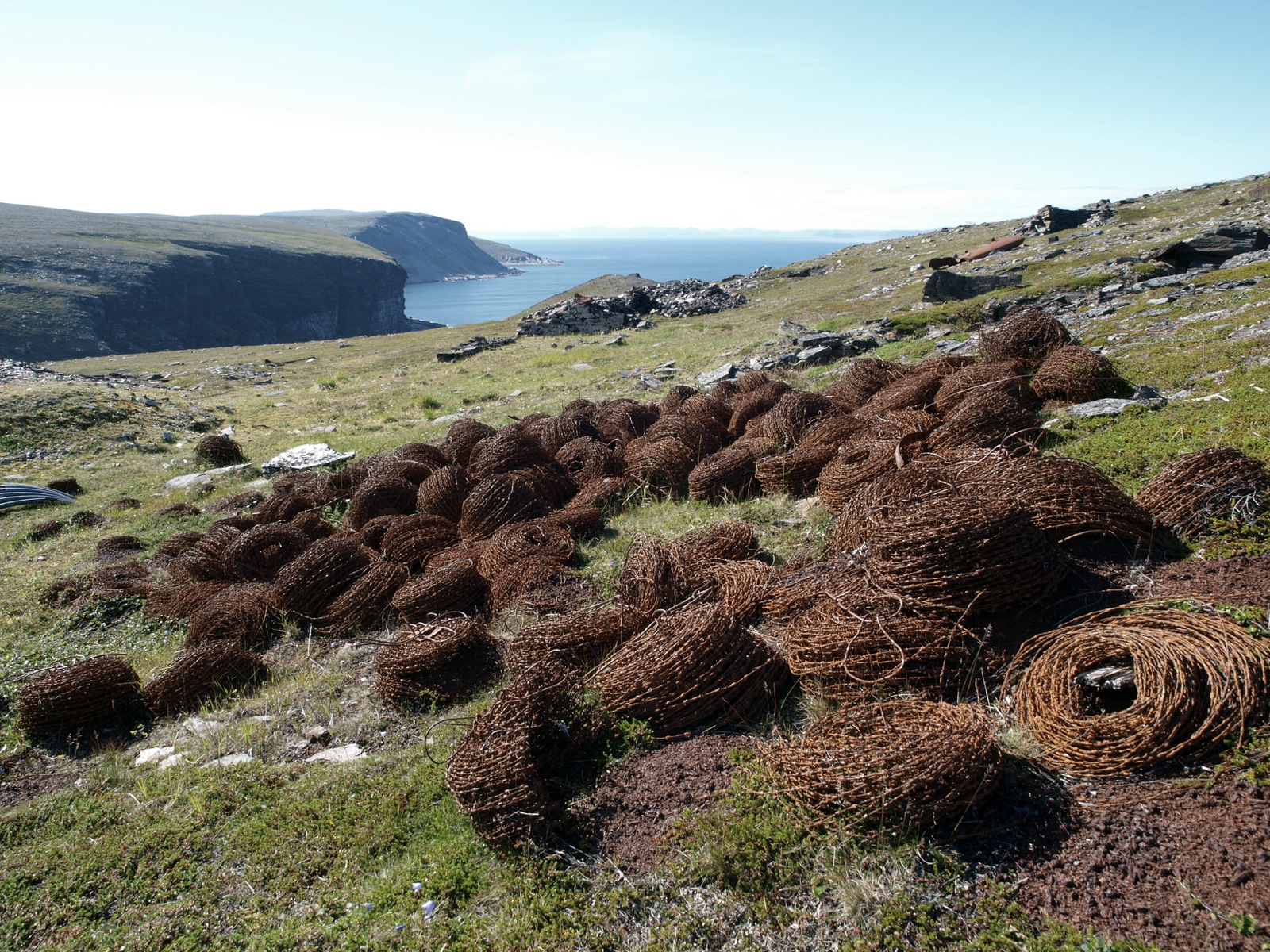 Landscapes of war brings yet another empirical dimension to our project. During WW2 the coastal region of Finnmark in Arctic Norway constituted the northernmost branch of the massive German defense line, the Atlantikwall. Numerous fortifications and related infrastructure were built along this remote and barren coast, and the intense and massive presence of the Wehrmacht radically transformed landscapes and local communities. Moreover, after being defeated by Soviet troops at the Litza (Kola) front line in the fall of 1944, the Germans undertook a massive and forceful evacuation of equipment, troops, prisoners of war, and local population from this coastal region. To prevent the enemy any logistic advantage, including those locals who had managed to escape, the tactic of scorched earth was implemented very effectively, laying the entire built environment in ashes in the course of a few weeks. Today the ruins of war are still a conspicuous feature of this northern coast: bunkers, battery emplacements, gun positions, surveillance posts, trenches, roads, barbed wire fences, as well as the overgrown ruins of native settlements not favored in the postwar national rebuilding program. While the northern war itself may not be featuring too prominently in Norwegian national narratives of war and resistance, its tacit material survivors are more or less completely neglected in research and heritage programs and practices. However, to those who still live along this remote coast these “extended” and persistent occupants are hard to ignore and continue to affect daily lives of both humans and non-humans with their raw presence. This dramatic landscape of war thus constitutes an exemplary case for studying material memory, both as bodily remembering and as particular cases of involuntary remembrance. It highlights issues in relation to the assessment of heritage value, including ethical concerns regarding “good” and “bad” heritage, and also allows for exploring how an archaeological approach to things can contribute to nuance and enrich historical narratives of this war and the black-and-white conceptions that often characterize them.