On Tuesday, January 10, noted philosopher Graham Harman will give a lecture entitled ”The difference between object-oriented ontology and actor-network theory” at Litteraturhuset, Oslo. The lecture starts at 6.30 pm and is open to all interested.

Earlier that day, at 13.00 – 1500 pm, Harman will give a workshop on his object-oriented ontology at the Centre for Advanced Study hosted by the After Discourse group. The attendance to the workshop is limited to 20 persons and non-CAS participants needs to contact Bjørnar Olsen well in advance.

Graham Harman is Distinguished Professor at Southern California Institute of Architecture in Los Angeles (on leave from the American University in Cairo). His work on the metaphysiscs of things has been instrumental for the development of object-oriented ontology where he is a key figure together with scholars such as Levi Bryant and Timothy Morton. He has published 14 books, most recently Immaterialism: Objects and Social Theory (2016) and Dante’s Broken Hammer: The Ethics, Aesthetics, and Metaphysics of Love (2016). He is the editor of the Speculative Realism book series at Edinburgh University Press, and (with Bruno Latour) co-editor of the New Metaphysics book series at Open Humanities Press. 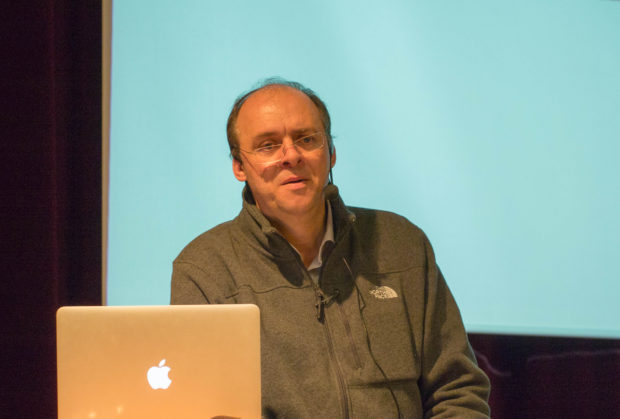