For its second workshop, the Object Matters team headed to Vardø, a town in the eastern part of Finnmark county in Norway. The idea of this workshop was to develop a common platform and a shared point of reference for the members of the Object Matters project. The Varanger region abounds with interesting localities ranging from ancient archaeological sites to abandoned buildings reflecting the decline of the local fisheries in recent decades. After arriving in Kirkenes on Thursday around noon, the group drove 250 km along the Varanger fjord towards Vardø. We made several stops along the way to learn about the history of the skoltesami community in Neiden, the Mesolithic settlements at Byluft, the church in Nesseby from 1858, a stone age settlement close to Bergeby as well as an abandoned herring oil factory in Vadsø. 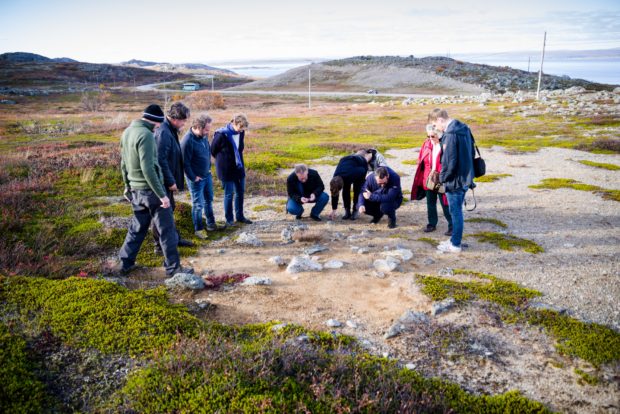 On Friday we were given a heartfelt introduction to the recent history of Vardø by Christer Hurthi Karlsen from the County Governor of Finnmark who talked about the decline in the fisheries and ongoing attempts to prevent depopulation and abandonment in the easternmost town in Norway. In particular, he talked about Vardø Restored which is the name of an initiative drawing together private as well as public funding to renovate commercial premises in central areas of the town.

Another important event in recent years was the launch of the first Komafest which took place in 2012. Komafest is the name of a street art festival initiated by the renowned graffiti artist Pøbel who wanted to turn hibernating buildings in various states of disrepair into canvases for a street art spectacle where a total of twelve international artists participated. 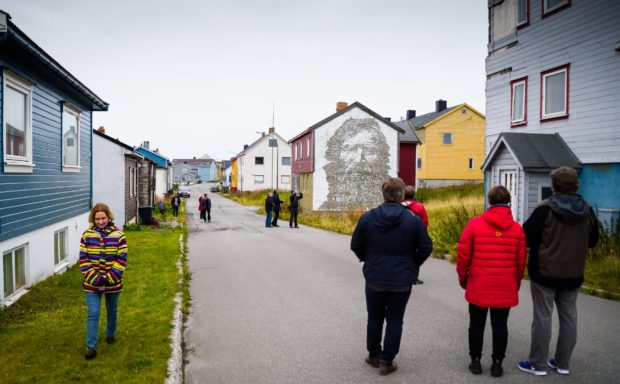 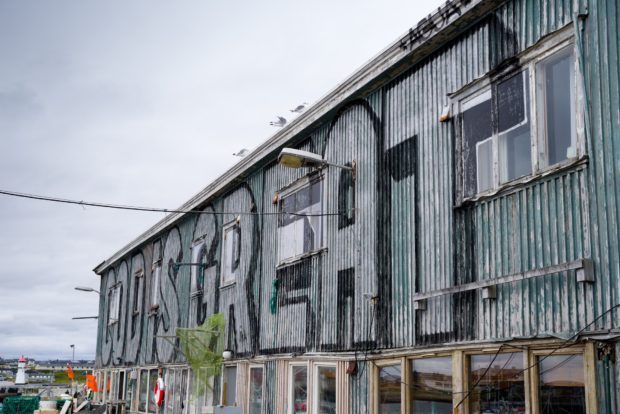 During a guided tour in Vardø, we were also introduced to locals who shared the unshakeable faith in the importance of restoring buildings in their home town. Some had worked for decades to repurpose and refurbish the properties downtown. We concluded the day with talks by the artist Elin Andreassen and the researcher Svetlana Vinogradova. Andreassen introduced her recent art projects featuring the old fire station in the city of Trondheim as well as the café Bristol Conditori and a parking garage from 1960.

Svetlana Vinogradova presented results of her recent research on the village of Teriberka on the Kola Peninsula. Like Vardø, Teriberka has also suffered from a decline in the local fisheries and the number of inhabitants has decreased significantly since the 1960s when Teriberka’s population peaked at around 12000 inhabitants. According to official statistics there are now less than 1000 inhabitants in the rural village. Vinogradova assesses the social impact of dereliction and investigates how people are affected by the ruination in the built environment.

On Saturday we drove North from Vardø to the fishing hamlet of Hamningberg was one of very few settlements in Nord-Troms and Finnmark which survived the scorched earth tactics executed by the German occupying forces during the winter 1944/1945. In places like Vardø, Bugøynes, Skallelv, Hamningberg, and Vadsø in particular (with 700 surviving pre-war buildings) the impact of scorched earth tactics on the built environment is comparatively low considering that Finnmark on a whole lost between 90 and 100 per cent of the built environment during the Wehrmacht retreat from Northern Norway. However, Hamningberg was completely deserted in the post-war years and it is a town which in many ways was ‘outdistanced by modernization’ as a local phrase suggests. The decision made by Norwegian authorities in 1960s not to grant support to build a new harbor with breakwater structure precipitated the abandonment of the fishing hamlet. 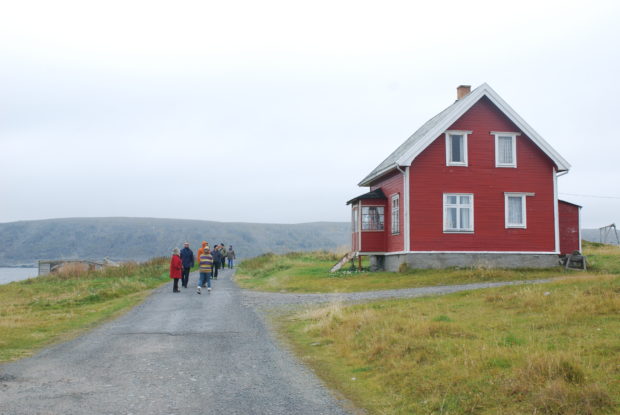 On Saturday there was also enough time for the two doctoral candidates on the Object Matters project to present field reports from their research. Stein Farstadvoll talked about the abandoned Retiro landscape park in the city of Molde. One of the aims of this PhD project is to document and discuss the affective and ineffable material aspects of derelict heritage sites that are regarded as unwanted. Ingar Figenschau gave us an update on the excavation in the Kitzbühel/Mallnitz Prisoner of War camp in Kitdalen in Storfjord in Troms county. Torgeir Rinke Bangstad talked about his fieldwork in Porsanger where work is well under way to disassemble and move a barn and a house to Norsk Folkemuseum where it will be re-erected in the open air building exhibition in 2018. The purpose of this postdoc research project is to investigate the materiality and memory of musealized reconstruction architecture from Nord-Troms and Finnmark.